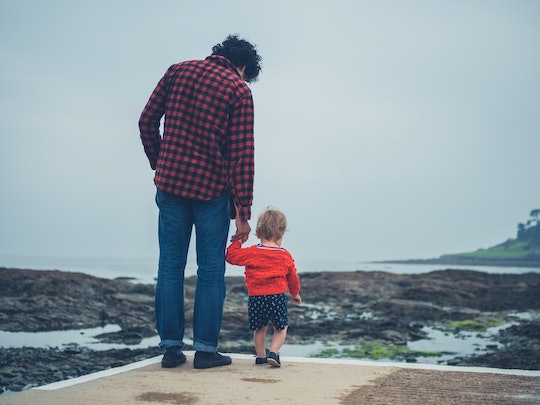 In my experience, Father's Day gifts run on the, well, stereotypical side and choices are limited. You can take your pick from a tie, a new shaving kit, a grill, or a television. If you're dad is easy to buy for, you can choose a movie, a video game, or something sports-related. But are these the kind of gifts the dad in your life really wants? I asked a few dads to share the best Father's Day gift they've ever received... just to help the rest of us out.

While I can't know for certain, I know one of the best gifts I ever gave my dad was something completely unexpected and something he continues to cherish. Ever since I was a little girl, he has drawn this same whimsical character on various surfaces (including every card he ever gave me). One year, I decided to sculpt the character out of some FIMO dough. I still remember the smile on his face when he saw my creation of, well, his creation.

This year, my father and I are too far apart for me to give him anything in person, so I’ll likely be sending something over via snail mail. Meanwhile, I'm still trying to figure out what I'll be giving my own partner (and father of my kiddo), but I have faith I'll come through in the end. Until then, I'll be perusing the following answers from dads who revealed the best gift they've ever received on their special day.