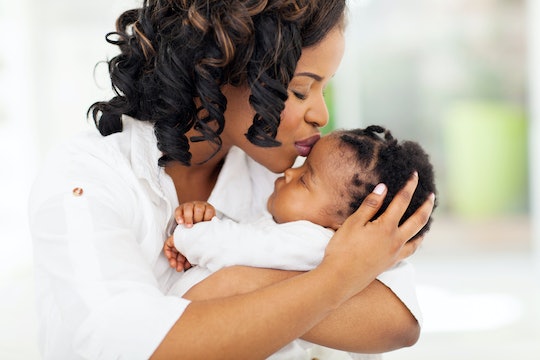 What I Would Change About My First Year As A Mom

The first year of parenting is, without a doubt, one of the most intense times of a mom's life. Between hormones and sleep deprivation and (for some, including myself) postpartum depression (PPD) things that seem easy are anything but. When I take the time to look back and reflect on the first year of my son's life, I know there are things about my first year as a mom I would change, even though I would never go back and change the fact that I'm a mom.

Despite the overwhelming and consistent joy I feel as being able to say I'm someone's (twice over) mother, there were (and sometimes still are, if you really want to get honest and personal) times I absolutely questioned my decision to start a family. I was positive I wasn't cut out for it, and started to genuinely believe I was too impatient, too selfish, and too damn tired to care for another human. I was convinced I didn't do enough tummy time or that I ruined my son because I made the decision to turn on the television for a few minutes. I wasn't at my best mentally, emotionally, or physically, so I had major self-doubt.

Most new moms go through similar experiences (I've heard) during their first year in the trenches of motherhood and, despite being completely and totally convinced they're screwing up, come out the other end of that year smiling and happy ( but probably a little disheveled, with stains on their shirt and crumbs in their bra). In retrospect, I know I did fine. My kids are well-adjusted, happy, and healthy, but that doesn't mean there aren't a few things during that first year of motherhood that I wouldn't go back and change, if I could.