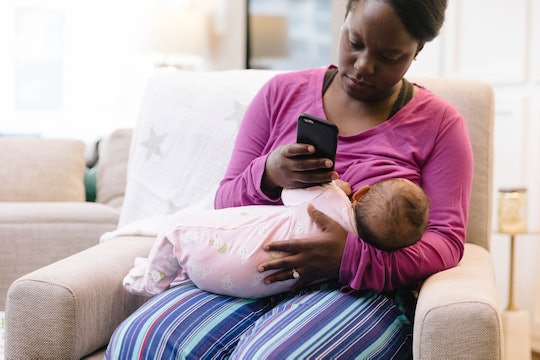 Not to stoke any tension between parents and child-free folks, but I never felt like I was missing out on anything once I became a mom. I didn’t have kids until I was in my 30s, so I racked up a lot of “adult” experiences prior to parenthood. But I also knew that choosing to become a mother meant I was willing to accept the differences between a parent life and a child-free life. So when I had a baby, and was breastfeeding, I never actually felt that bad about not doing certain things that my non-breastfeeding friends were busy doing. But the expectation was that I’d feel I was missing out, so I found myself fake feeling bad, if only because I was exhausted (hello, newborn) and just didn’t feel like spending time explaining that I was pretty OK with disengaging from events due to my lactation situation.

While I did occasionally feel frustrated about being tethered to my infant since I was her only source of food, I knew we were existing in finite time. In hindsight, I have no regrets about what breastfeeding kept me from doing. As a working mom, spending my maternity leave with my babies and nursing them during those months allowed me to maximize my time with them. I didn’t go out much when they were little. I put all their needs first. Self-care was shelved, perhaps to my detriment (note the “mom cut”), but I knew it wasn’t going to last. I could give up a lot in such a short period of my life that would be such a big part of my children’s lives. While I totally respect moms who choose to spend their time differently, or don’t have options to be home for 12 (mostly unpaid) weeks with their newborns, that is what worked for me.