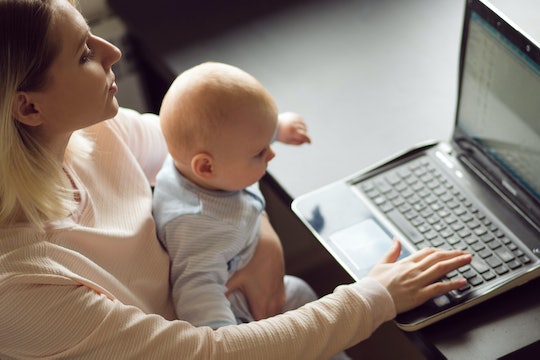 Having a kid made me question a lot of things about myself. I was now looking at my choices through the eyes of this new baby who completely depended on me and her father to see her through every minute of the day. Worried about all my decisions as a mom, there were times I wanted to quit my job to be with my kids. And while my “mom” lenses did affect how I navigated my professional life, I ultimately have decided that I will always want to have a job, and not just for financial reasons.

There is no such thing as “work-life balance,” though. “Work-life fit” is a better term, because I’ve found that’s what I’m trying to do: make it all fit within the confines of time, patience, and enthusiasm. Sometimes work wins, especially when I have to dedicate evening hours to follow-up emails or calls. But life wins too, because I refuse to be on call for my job 24 hours a day. That may work for some people, and it’s certainly a necessity with some professions, but I do not have live-in help to support that kind of demand from a job.

So there are some career paths I knew I couldn’t pursue if I also wanted to have a family at the same time. But I can follow them later, when my kids are out of the house, and I can truly have more time, and focus, to put towards myself.

When they were little, though, there were definitely times I wanted to quit work to be with them. Moments like, for example, the following:

More Like This
What Is RSV?
Experts Explain Whether It’s Safe For Your Baby To Sleep On Your Chest
Zaya Wade Is Rocking New Long Hair & As Gabrielle Union Put It, She's A "Vision"
15 Weird-But-Genius Products For Breastfeeding Parents