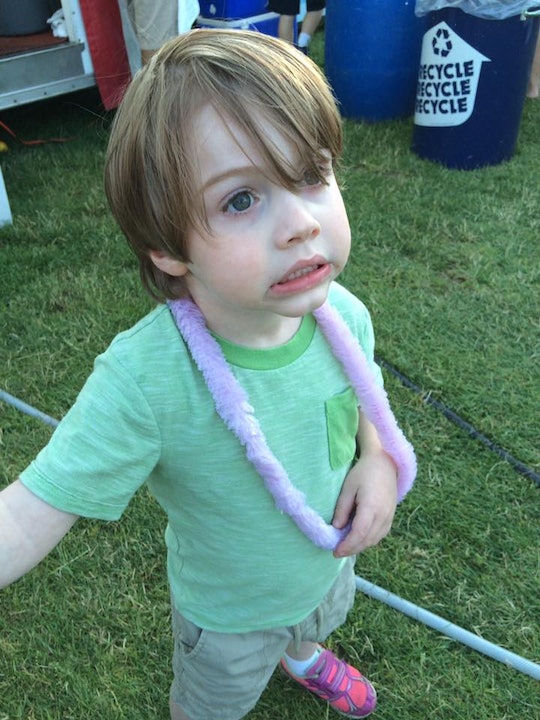 Moments When Your Kid Lying Is Seriously No Biggie

Growing up a goody-two-shoes with relatively laid back parents, I didn't have a reason to lie. Sure, I "told stories" the same as any other kid, but lying wasn't a necessary adaptation when it came to my childhood (or teenage) survival. I have a similar dynamic with my 5-year-old son: he doesn't lie often, but when he does it's usually so funny I'm not even mad my kid is obviously lying. When I've related such stories to my parent friends, I'm inundated with similar stories of hilarity, which usually end with some variation of, "I couldn't even scold them, I was laughing to hard."

Maybe it's the novelty that makes children's lies easy to forgive. Maybe it's that, after years of them not really being able to do much of anything on their own, we're pretty impressed with their ability to not only recognize the benefits of lying, but construct a self-serving narrative. Maybe the fact that they're almost always so laughably bad at it completely disarms us. Whatever the reason, it's one of those parenting things where you're like, "OK, on paper this isn't good, but holy sh*t this is awesome and I am going to embarrass them with this story for years to come." (Let's be honest here: parenthood is way more full of those moments, sometimes, than I ever could have seen coming.)

The ways your child might lie can manifest in a number of hilarious ways, so chances are high it will be damn hard to muster up a f*ck to give for any of them.