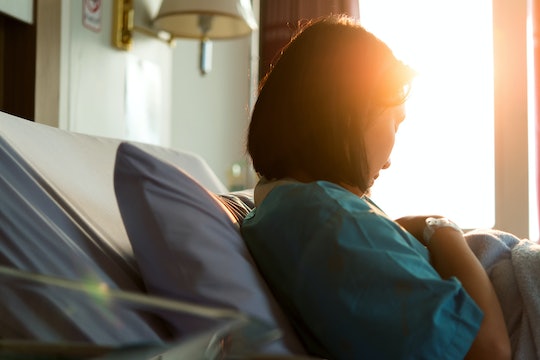 How To Survive The First Two Weeks Of Breastfeeding, According To A Real Mom

Breastfeeding can be one of the best parts of motherhood, or it can be a nightmare. In the end, sometimes, and no matter how hard you try and prepare for this rite of passage with your baby, it doesn’t always work out the way you envisioned. Some moms have an easy time of it, to be sure, but others will struggle to nurse. That's why preparation is the name of the game, my friends, and why new moms need help to survive the first two weeks of breastfeeding (and the rest of the weeks that follow).

I was fully prepared to breastfeed my son almost the moment after he was born. At least, I thought I was. My son’s birth was complicated and he was born sick and rushed to the NICU right after I brought him into the world. As a result, I had no choice but to pump in place of nursing. To say that I required support in those days would be a gross understatement. I was such a mess, and I became fixated on feeding my child. It felt like the only way that I could actually help him when he was in the NICU, because simply being there and staring at him didn't feel like enough. So I really pushed myself in those first few weeks to pump as much and as often as possible.

When I was finally able to breastfeed, it was much harder than I anticipated. Because of our "rough start," I knew I wasn’t producing enough milk to sustain my child. Not even close. It took everything in me not to kick myself about it over and over again, even when I realized that it wasn’t my fault. I could have used some of these tips to help me make it through those early breastfeeding days, and hopefully this reaches another new mama out there who needs to hear it, too: