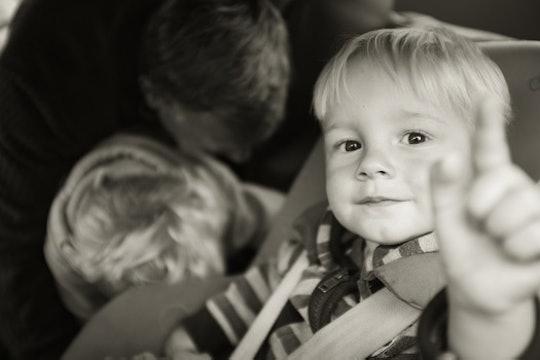 11 Times You Should Pay Attention To Your Kid's Bossiness

I’m probably not in the minority of parents who think of their kids, at times, as tiny dictators. Usually it’s laughable behavior that you simply pretend to take seriously. “Yes, I know it’s so important to you to hold Mom’s wine glass, but you can’t have any because you’re nine months old.” Then, of course, there are times you should pay attention to your kid’s bossiness. It stops being cute when they’re old enough to know they’re not in charge, but insist on acting like it.

I want to define what I mean by “bossiness," though. I am not talking about when my 8-year-old daughter tells off a kid at camp who has been snapping her bathing suit straps. That’s sticking up for herself and teaching that kid about consent. I’m not talking about my 6-year-old son, voicing an opinion on how he thinks I should spend my hard-earned money (“A few dollars on food, and a thousand dollars on Pokemon cards.”). That’s just an invitation for me to explain how the world works. What I’m referring to, when I use the term “bossiness,” is behavior that doesn’t take into account other people’s feelings or opinions. It’s shutting others down, and relentlessly advocating for yourself to the point that it's detrimental to others. I’m OK with my kids wanting to be the boss, as long as they realize they’ll have to take turns doing so, but they’ve crossed a line if they get bossy with each other (or anyone else).

It’s been hard to tell, sometimes, when I should actively curtail the actions of my strong-willed children. I’ve had to figure out a set of boundaries, because I didn’t want to be jumping down their throats every time they shared (albeit in a whiny voice) an opinion that differed from mine. I’ve landed in a place that’s about empowering their confidence, but also keeping their respect for others in check.

Here are a few indicators of when I need to pay attention to my children’s bossy behavior, because I am not about to let tiny tyrants rule my roost.