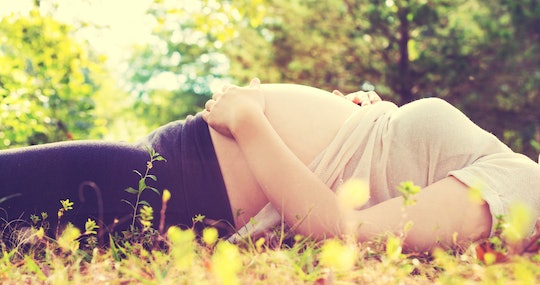 12 Stupid Things I Said About Pregnancy, Before I Had Children

Full disclosure: I never actively wanted to become a mom. The fact that I ended up pregnant in the first place was a total surprise. Of course, I wouldn’t trade my kid in for anything else in the world. However, before I became pregnant for the first time (and even in those first few months after I got knocked up), I said a lot of stupid things about pregnancy. Before I knew better, I had zero compassion or empathy for the pregnant mothers of the world and now, well, I stand corrected and very much humbled.

It’s kind of easy to mouth off about something you know nothing about, and that’s basically what I did prior to having kids. I hated the idea of pregnancy, thought the entire process was gross and wondered why people chose to live that way. Yes, I was an insufferable judgmental person, no question about it. However, I still think my pre-pregnant judgmental self wasn't as bad as the person I became when I did get pregnant, and tried to become an uber-perfect mom. I swore up and down that all those things that happen to other pregnant moms would never, ever happen to me. I was so sure of myself. Man, was I wrong.

These days, I am much slower to speak out about things I know nothing about. But if you’re wondering just how bad it was before I had a baby of my own, here’s a list of many — if not all — of the totally ridiculous things I said about pregnancy once upon a (very smug) time.