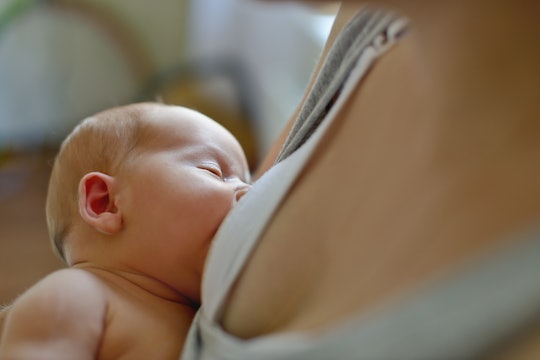 15 Things Your Baby Wants You To Know About Breastfeeding

For the record, I can’t claim to be an expert on breastfeeding, nor do I possess the ability to read minds, so I can’t be entirely certain my son feels the way I think he feels about breastfeeding. However, as parents know, we spend a whole bunch of time feeding our kids, so I’ve had, like, a zillion hours to sit and stare at him and imagine what he thinks when he’s breastfeeding. As a result, I’ve come up with a few educated guesses concerning what babies want their parents to know about breastfeeding.

Disclaimer: does my own breastfeeding experience affect what's on this list? Do those early weeks of breastfeeding, which were fraught with hurdles and challenges and some kind of tongue thing that affected my baby’s latch, influence this list? What about the later months and calm, snuggly routine we eventually found? Yes. Absolutely, yes. Like motherhood in general, how my breastfeeding journey ended up evolving affects this list immensely. However, my breastfeeding experience is intertwined with my son’s (funny how that happens), so I really hope he’d agree with my assumptions. If not, I hope that he'd at least (one day, when he's able) just tell me that he agrees so I’d stop asking and he can get back to playing with his trucks, which is what he’s all about these days.

We’ll probably never actually know what a baby thinks about anything, including breastfeeding, but in the meantime we can speculate. I mean, what else are you going to do to pass the time when you're half-asleep in the middle of the night and night feeding, right? So, here’s what I think babies want their moms to know about breastfeeding: