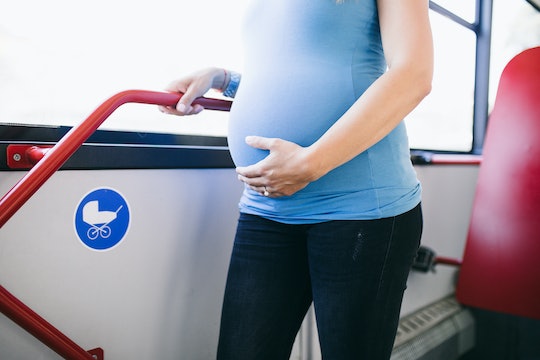 In our culture, it often seems like when someone gets pregnant they cease being a person, and start being a thing for people to look at, criticize, and touch without permission. To make matters worse, in my experience, the things people said to me during my pregnancies were super sexist. And sadly, it's not just me. In my conversations with other moms, I have learned that pretty much every person who has been pregnant can share at least one sexist thing people said to them during their pregnancy.

When I was around my co-workers I heard comments about how I "probably wouldn't be returning to work." Then there were the comments about women failing to be adequate employees or managers because they "get pregnant and expect to take maternity leave." Somehow men never hear these questions and comments when they are dads-to-be. There were jokes about being barefoot and pregnant, and snide questions about how I got in that "condition," too. Men thought is was OK to comment about my pregnant boobs and belly, the number of children I have, and even catcalled me while I was pregnant. And don't even get me started on the ways people attempted to police what I ate and did with my body, because apparently, once you are pregnant, you can't be trusted to take care of yourself. In my opinion, this is a symptom of a cultural problem; a problem that keeps women from being viewed as autonomous human beings. Women don't stop being people when we become mothers, and we absolutely don't deserve to hear sexist comments during our pregnancies.

We have to change the way we view childbearing in our culture, if we want to achieve gender equality, and that starts from the way we treat women during pregnancy. Read on for examples of what not to say: