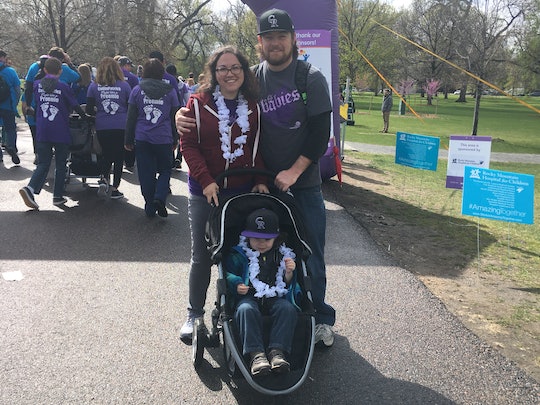 Losing a child is a devastating experience, capable of shattering our very faith in the world. This sort of grief takes time to heal, though it never truly goes away. And while it’s understandable that bereaved parents would want to spend their time lamenting their losses, you might be surprised at how many of us have worked hard to create something positive out of it. The ways moms honor the memory of the babies they lost are often both personal and public, but they're almost always with the goal of finding a way to cope with the pain while simultaneously trying to spread as much joy into the world as possible.

Since I lost my daughter back in 2012, I've made several plans as to how I hope to someday honor her memory. There’s a tattoo of a mermaid that I have been meaning to get (she “watched” The Little Mermaid in utero and seemed to like it with all her excited kicking, so it’s become a reminder symbol of her for me). I would also love to start up a non-profit, seeking to help eradicate prematurity and the factors that can often lead up to it. For now, though, I participate in the March for Babies every year with my family and write about child loss, and about her, quite a bit. I also work hard to spread awareness of pregnancy and infant loss, because I recall how isolating it was for me at first, especially as an atheist seeking non-religious support.

I spoke with several fellow loss mamas on how they continue to honor the babies they lost too soon. Here are some of their responses: