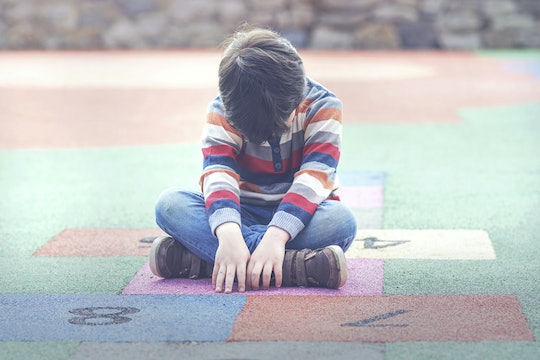 7 Things That Are Definitely Not Scarring Your Child Emotionally

As parents, one of our biggest and probably most rational fears is damaging our children psychologically and beyond repair. Parents often agonize over everything they do and say to their children out of fear of emotionally scarring their children. And while parents absolutely do play a significant role in their child's emotional development, some commonly questioned actions are definitely not scarring your child emotionally. I haven't met a single mother who is 100 percent certain she isn't damaging her child in some way. I'm positive I've already done and said things my children have internalized and, when they grow up, will tell their therapists about. And their therapist will validate their feelings by assuring them everything that is wrong with them is their mother's fault. Because, let's be honest here, in our society apparently everything is always the mother's fault.

When asked how parents emotionally damage their children, Dr. Matt Woolgar of Institute of Psychiatry, Psychology & Neuroscience at King's College London, responded by questioning the term itself. "It depends on what you mean by damage,” Woolgar told The Atlantic. “You can certainly say things that hurt a child and contribute to their development of self-concept. But you’re not going to say one thing that is going to scar them neurobiologically," Woolgar asserted, and later stressed it's important for parents to understand all children have unique personalities and are different in how they cope with diverse situations. So, what may be damaging to one child may be completely benign to another.

That said, parents are always giving each other the side-eye for doing something others believe is damaging. This is where our judgmental society thrives. If I were to believe every single study ever conducted, I'd lose the rest of my already-fragile sanity, mainly because so many studies contradict one another. I am constantly criticizing my own parenting. Am I fostering an unhealthy relationship with food in my children by bribing them with dessert? Am I causing my children anxiety by scheduling too many after school activities? Am I totally crushing my children's self-esteem by telling them they aren't naturally talented at [fill in the blank] and that they need to practice consistently to master a skill? Probably. Likely. Maybe? Eh, perhaps not, it turns out, and here's why: