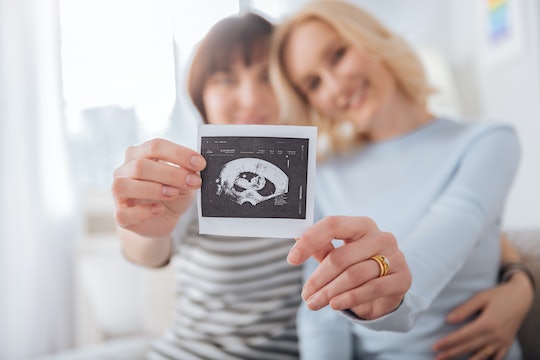 9 Ways You're Subtly Shaming LGBTQ Parents Without Knowing It

LGBTQ people have endured a long struggle when it comes to receiving equal treatment, not only as individuals but as parents. Progress has been slow, and in many ways the struggles continue. From continued attacks on LGBTQ rights to narrow minded individuals to well-meaning but ultimately clueless progressives, navigating the world as an LGBTQ parent isn't easy. In fact, there are more than a few ways you're probably subtly shaming LGBTQ parents... and without knowing it.

I'm a queer mom, but I'm also married to a cisgender hetero man, so I know I don’t hear or experience the brunt of the shaming so many LGBTQ parents face. For the most part, people assume I'm “just another ‘normal’ straight woman” which can be a bit frustrating, to be sure, but also affords me a certain amount of privilege. For the most part, if I wanted to adopt or become a foster parent, I wouldn't face the barriers that, say, LGBTQ parents in Georgia, Michigan, Oklahoma, or Kansas face.

But from time to time I can tell when I'm being subtly shamed, and can identity it when it's directed at my LGBTQ friends with kids, other LGBTQ parents who might be in relationships with same-sex partners, and parents whose gender identity is not what was assigned at birth. So if you truly want to support LGBTQ moms, consider taking a look inward and consider all the ways you might be throwing some subtle shame their way: