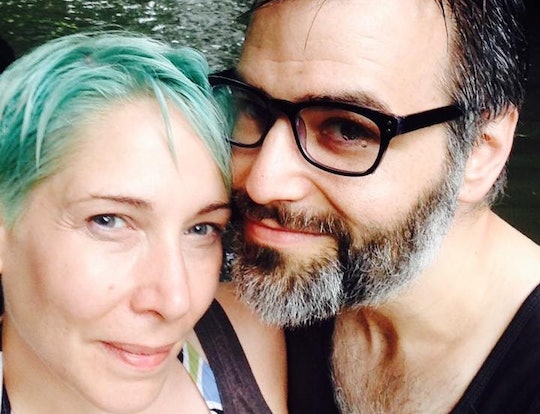 9 Harsh Truths About Marriage After Having A Kid

When I met my first husband I had a plan: get married, have a nice, long, honeymoon period of at least five years, buy a house, and have two kids. For the most part, my plan panned out. Unfortunately, I also learned a few harsh truths about marriage after having a kid that were definitely not part of the plan, and eventually ruined my plan beyond recognition.

I had no idea how difficult marriage would be, or how parenthood would highlight those difficulties. So, after two kids and numerous hardships, my marriage ended. Initially I felt like I had failed, but I've since realized that my marriage ending wasn't a failure at all. Instead, it was simply a sign that my now ex-husband wasn't the right person to co-parent with... at least as a married couple. Getting divorced was actually the best thing we could have done not only for ourselves, bur for our kids.

After a few years of rocking that single mom life, I met my current husband who was also already a parent. When we decided to get married we knew we were going into the experience with a heap of knowledge, since we both knew how hard marriage can be after having a child or children. We had already experienced the hard stuff, so we were prepared to face any challenges that awaited us head on.

If you think marriage is hard or your relationship is a lot of work before you have a kid, please know that having a child won't make it any easier. And if you think that having a kid will fix your broken relationship, chances are high you're going to be extremely disappointed. Of course, that doesn't mean you and your spouse can't learn how to navigate the rocky waters of parenthood together, or learn how to nourish a relationship and a child simultaneously. It's just best to go into marriage and parenthood with open eyes, and complete knowledge of the following:

More Like This
50 Love Song Quotes That’ll Give You The Feels
How To Tell Your Partner You Want to Separate, According To Experts
How To Handle It When Someone Criticizes Your Parenting
Bringing Home A Partner For The Holidays Isn't Always A Hallmark Movie