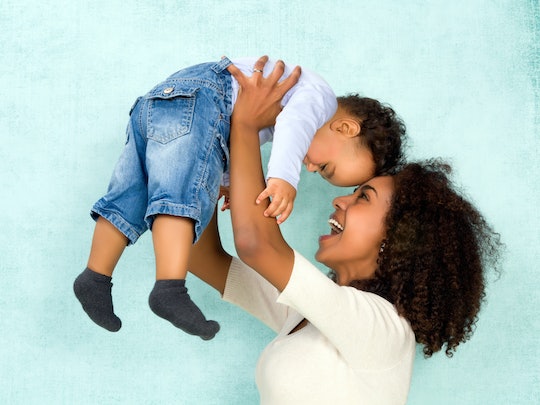 What "One & Done" Moms Want Every Other Mom To Know

Like every other parenting choice I make, the decision to have only one kid is not an implicit judgment of parents who choose to have more than one child. In fact, put that on the list of things "one and done" moms want other moms to know, because that's always the first thing people think when they have more than one child and ask me when I'm going to "give my son a sibling." I usually respond, "LOL hard pass on that," while simultaneously fortifying myself for the judgment sure to follow.

Maybe it's because everything about the experience of having and raising kids feels so intensely personal. Maybe it's because we agonize over decisions of all sizes, trying to sort out what's best not only for our kids, but for ourselves. Maybe that's why, when we encounter someone who has ostensibly done the same soul-searching and landed on the answer we didn't pick, we can't help but swallow and immediate implication that they must think our choice was a bad one. Since having my first (and as of yet, only) child five years ago, never is this dynamic between parents more palpable than it is when someone raises the subject of how many kids they're going to have.

The best I can figure out is that the problem isn't in talking about how many kids we have and why (if we want, although you honestly never owe anyone an explanation for why you live your life or conduct your parenting the way you do). I think it's fine and, in most cases, constructive and healthy to talk about those things. I think it's the way we're framing the conversation that's problematic. Instead of talking about having different numbers of children like all approaches are equally valid, it so often feels like we're defending the number we've chosen (or are working towards) as though there must be a hierarchy established; there must be a single right answer.

And the outliers are always the ones who bear the most judgment, and (for some reason) from whom the most judgment upon others is assumed. Just like everyone assumes that a family with 10 kids is helmed by parents who think everyone else's use of birth control is fundamentally bad, everyone also seems to think that people who have just one kid think their family plan is better than everyone else's.

Being that I only have one child, I clearly can't speak for the perspective of the 10-kid parents, other than to say it's probably a failed idea to assume anyone is thinking about your life in any particular way. Most people don't think that much about the choices others are making at all. Most of us are basically self-involved, which is why we both think people are focused on our choices and why no one actually is.

But if I did have to represent my true feelings as a one-and-done mom to the other moms of the world, here's what I would want them to know: