Chandler Plante (she/her) is is a lifestyle writer at Romper who decided to move to the big apple to live out her Devil Wears Prada fantasy (don't worry, she has yet to throw her phone into a fountain). She loves writing about modern families, kid shenanigans, and everything in between, but is also a sucker for a good photo roundup, especially if dogs and/or babies are involved. Chandler is currently studying magazine journalism at the S.I. Newhouse School of Public Communications at Syracuse University, where she writes and edits for magazines like Jerk, Equal Time, and Perception. She adores working with the writers at SU so much, that she won the Newhouse award for Excellence in Magazine Editing. Besides writing, Chan's hobbies include rambling about zodiac compatibility, obsessing over winged eyeliner, and checking on Webkinz that haven't been fed since 2008. She also loves a good debate and has been known to tell a "bad" joke or two. Do her a favor and just read her articles instead. Feel free to contact at chandlerplante@gmail.com and check out some of her work at chandlerplante.com! 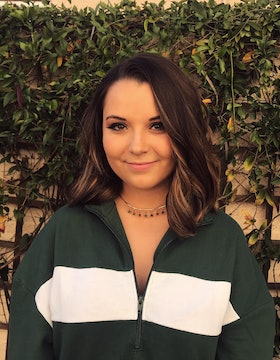 For those nights when you just want everyone to agree on something, for once.

27 Baby & Dog Photo Shoot Ideas So Cute, You Won't Be Able To Stand It

The Giant New Hatchimal Can Be Re-Hatched, & It Hits Target & Walmart Today

Unless You're Going On Vacation, You're Probs Gonna Miss The Solar Eclipse