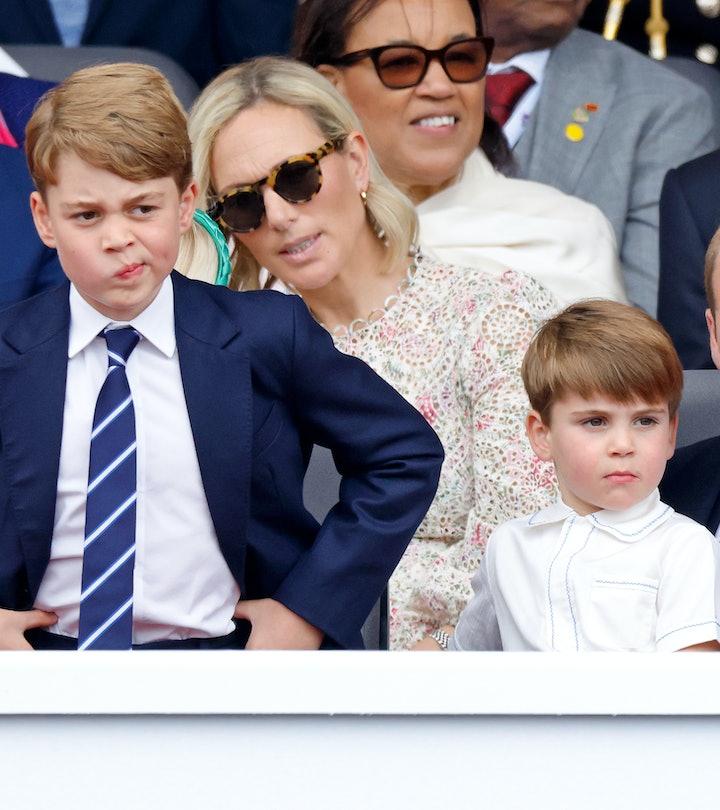 When the world finally got a chance to see the Cambridge kids hanging out together at the Platinum Jubilee, it was a revelation into their little personalities. There we saw 7-year-old Princess Charlotte taking command of the Cambridge ship, making sure her brothers both towed the line and behaved themselves. And boy did we ever get a good look at Prince Louis’ personality. But what of the two brothers together? Are they similar or different from each other? Hair cuts aside, Prince George and Prince Louis are as different as chalk and cheese.

Let’s start with the obvious here. Prince Louis might be a 4-year-old prince of England, but his 8-year-old brother is third in line to be a king behind their father and grandfather. This naturally informs his future in a way that it does not for Prince Louis. And I’m sorry but you can kind of tell.

The pressure is off for Prince Louis.

Unlike his big brother, Prince Louis doesn’t have the weight of the future monarchy on his shoulders. He gets to be a little kid.

Perhaps because of his future role as king, Prince George already seems to take the world pretty seriously. Especially the environment. He recently held a charity bake sale to raise money for Tusk, the African conservation organization for which his dad is royal patron, and is already thinking about animals suffering extinction. Heavy topics that seem to weigh on him much more than they do his siblings.

Prince Louis is quite the entertainer.

Even before the Platinum Jubilee, Prince Louis was already showing signs of being a laidback entertainer. His parents’ tenth anniversary video in 2021 featuring behind-the-scenes footage of the family showed the little boy making his parents laugh over and over again. He is the youngest, after all. He knows his role.

Prince George is his dad’s BFF.

Time and again we’ve seen Prince George having the time of his life hanging out with dad Prince William. The two seem to be two peas in a pod, whether they’re watching a soccer game together, worrying about the environment, or singing along to “Sweet Caroline” as they did at the Platinum Jubilee, these two are the best of friends.

Prince Louis is his mom’s shadow.

Kate Middleton has admitted in the past that her “little Louis” is his mom’s shadow, and he proved that to be true at the Platinum Jubilee when he couldn’t get enough of hugging and kissing his mom.

As far as interests go, Prince George is a tried-and-true fan of soccer, even attending the Euro Cup Finals between England and Italy with his parents. Both he and his dad support the Aston Villa soccer team, and Prince George even wore one of their jerseys in his birthday photo.

Just give Prince Louis his scooter and he’s gone.

While it’s perfectly possible that Prince Louis likes soccer, all evidence points to him being a speed demon on wheels. His mom was seen chasing him on his bike through Hyde Park, and has said in the past that her youngest is tough to catch on his scooter.

Princess Charlotte scolds them both, but only one listens.

I’ll give you three guesses which brother diligently obeyed his sister’s instructions during the Platinum Jubilee and which one ignored her.

Maybe someday they’ll team up and defy her. That could be something they finally have in common.