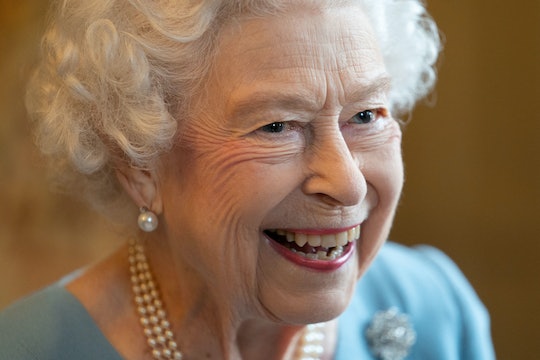 Is anyone tougher than the Queen?

A little over a week after Buckingham Palace announced that Queen Elizabeth tested positive for Covid-19, the 95-year-old monarch was up and at ‘em. Indeed, Queen Elizabeth spent time at Frogmore Cottage with her family over the weekend, including the Cambridge kids.

On Feb. 20, Buckingham Palace gave royal watchers a bit of a fright when it announced that Queen Elizabeth had tested positive for Covid-19. Fortunately, the official royal statement noted that she was experiencing “mild cold-like symptoms” but was expected to continue “light duties at Windsor over the coming week.” The statement added, “She will continue to receive medical attention and will follow all the appropriate guidelines.”

The family convened at Frogmore House, which is near the former home of Prince Harry and Meghan Markle, Frogmore Cottage. Currently Princess Eugenie and Jack Brooksbank live at Frogmore Cottage with their 1-year-old son August. The Daily Mail reports that the couple were believed to be away, which makes sense considering they have been on holiday in California visiting Prince Harry and Meghan Markle, along with 2-year-old Archie and baby girl Lilibet, recently.

Queen Elizabeth’s evident return to good health will come as good news to the rest of the royal family. Perhaps especially since she celebrates her momentous platinum jubilee this year and there are big plans in the works to honor her 70 years on the throne. Kate Middleton and Prince William recently announced plans to travel to Jamaica, the Bahamas, and Belize as Her Majesty’s envoys later this month, while other members of the family will also be visiting countries in the Commonwealth for the same reason.

For her part, Queen Elizabeth has more than earned the right to pass the buck to the next generation after 70 years of service. Especially after losing her beloved husband Prince Philip in 2021, she deserves to just hang out and convalesce with her great-grandchildren.