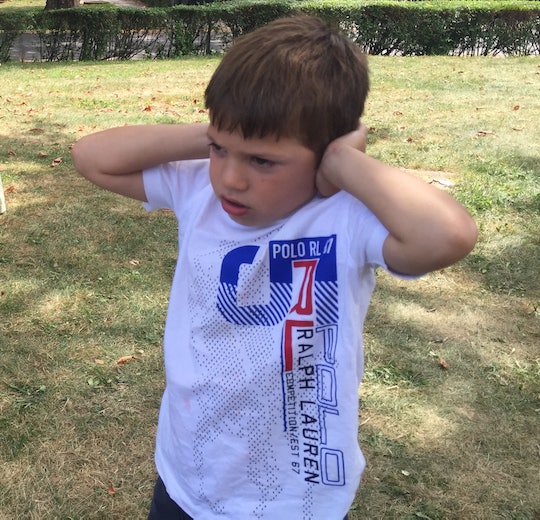 I’m always hard-pressed to find accurate representations of my parenting experiences in the media. I just want to know I’m not alone, but so many “mom” moments on TV, in movies, and in ads feel grossly different than my parenting life. This is especially true when it comes to media depictions of child discipline. Rarely do I see any representation that gets it “right,” or at least close to what it looks like for most parents (or at least this parent) when they are attempting to rein in some nasty kid behavior. Yes, the key word is “attempting.”

I know that discipline is a touchy subject. When I was a kid, corporal punishment was still pretty common. Even now, there is debate about hitting kids as disciplinary measures, though I strongly feel that everyone needs to keep their hands to themselves. Admittedly, I have been tempted many times to raise a hand to my kid. The only thing stopping me is that I can’t be teaching them to treat others with respect and to not resort to violence if I’m committing a violent act. I’ve come so close to striking them at times, and that is scary. Yes, I have grabbed their arm forcefully when I need them to stand up and cross the street mid-tantrum. Maybe that pushed the limit of “being firm,” but it definitely fell short of slapping them.

I still yell, though. I am trying to keep that in check but it is a huge challenge, especially at the end of a weekday when everyone is tired and cranky. During those particularly trying moments none of us seem to have the resources to “be cool,” but I’m the grown-up so I have to. I can’t fall apart when my kid refuses to brush her teeth, or runs away from me when it’s time to put on pajamas. I fail a lot at this, though. Bedtime without disciplinary action in our house is a work in progress

Discipline is complicated, messy, and can really f*ck with my head. I am using different techniques than my parents used a generation ago on me, because philosophies have changed. I’m more of an authoritative parent, than an authoritarian one. So that means no hitting, but it also means I am not always successful with my tactics (not that those who hit are always successful, in my opinion). We need more mothers making movies, because then maybe there wouldn’t be so many depictions of child discipline in the media that moms (like me) hate.