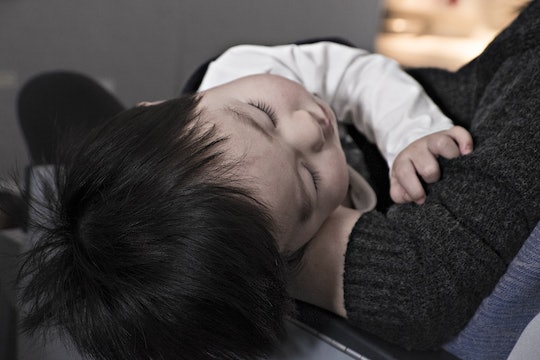 11 Gross Things Every Mom Does When Her Kid Is Sick

This past winter has made me a pro at handling sick kids. My son started preschool in November, and by March he'd literally been sick six times. Each bug he caught was slightly different, but they always lasted around five days. That’s a lot of time to spend being sick. I went from having a toddler who would only catch the occasional cold once or twice a year, to rearing a feverish, cranky, endlessly-pooping little kid. It sucked. It also made me take notice of just how many gross things every mom does when her kid is sick.

It’s funny, because before I had my son I was always seriously grossed out by the thought of being around sick people. I can barely stand myself being snotty, let alone anyone else. Seeing boogery kids has always kind of made my flesh crawl (OK, so it still does). However, as a mother I’ve learned to cope with the realities of being sick via my own kid. I know it’s not his fault he doesn’t know how to wipe his own butt yet, especially after real messy, sick poops. And I know that someday he’ll know exactly how to vomit into the toilet like every other person.

Until that blessed day (that honestly cannot come soon enough) it’s up to me to comfort and care for him through these difficult moments, even if that means taking on some seriously icky responsibilities.