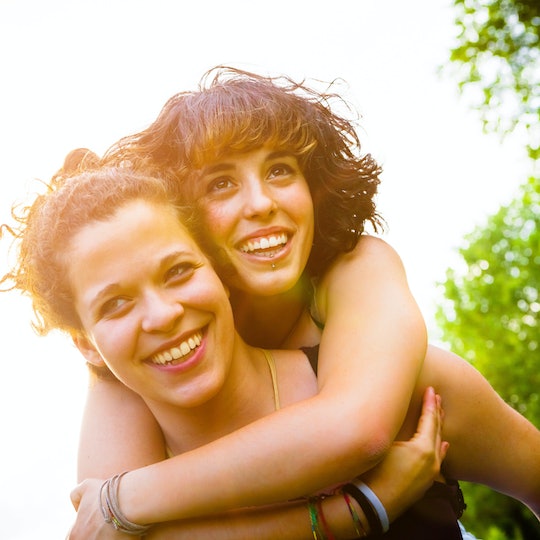 11 Things Every New Mom Automatically Finds Sexy, Now That She Has A Baby

Sexy is pretty relative, and what is considered "sexy" to one person can be considered the opposite of sexy, by another. That's what makes humanity kind of awesome; we all like, want, appreciate and lust after different things and a wide variety of people. Still, after you become a parent, whatever your definition of sexy is inevitably changes. It changes in a way I think most parents can universally understand, and the things you automatically find sexy after you have a baby are things every exhausted mother and father can appreciate on a daily, if not hourly, basis.

The moment I met my partner, I thought he was incredibly sexy. He had all the characteristics of of a man I find particularly attractive: tall, dark hair and brown eyes, tattoos, a beard, a ridiculously handsome smile. You know, the basics. His personality was also incredibly sexy, and in no-time at all we were hitting it off and getting it on. Cut to almost three years later, and what I find sexy about him hasn't changed, it has just evolved. Now he's at his sexiest when he's reading to our son before he goes to bed. Now he's at his sexiest when he's cooking dinner and telling our son, step-by-step, what he's doing and why. Now he's at his sexiest when he takes the baby to the park so I can have a few moments of uninterrupted silence to finish my work. Those are the moments when I feel a sudden urge to jump his bones, not the moments we used to share together in a bar with a whiskey coke hand.

So, it's not that sex is out the window or that parenthood kills your sex drive or that you become a boring, sexless mom-robot the moment you birth a human being. It's just that, well, the word "sexy" takes on an entirely new meaning, and it's the small but extremely substantial things that get you going. So, with that in mind, here are just a few things every new mom finds incredibly sexy, now that she has a baby: