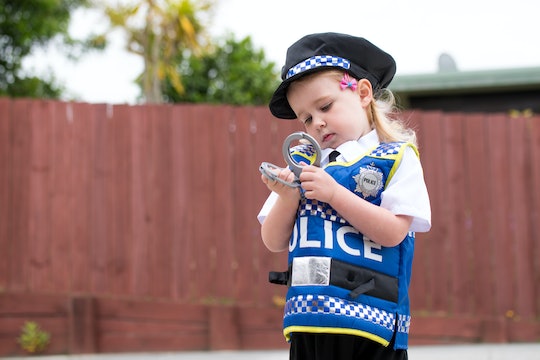 Why The Parenting Police Seriously Need To Stop

I think it’s fantastic that so many people care about children. I personally believe that looking out for the most vulnerable people in any society should be our highest priority in everything that we do. However, the more I go through life as a mom and stepmom, the more I see people crossing the line from “genuine and productive concern for children,” to, “using children as an excuse to feel superior at another person’s expense.” The tiny minority of busybodies I call the Parenting Police need to turn in their badges already, so everybody can breathe a little easier and focus on the aspects of raising children that actually matter.

Now, most if not all of these self-appointed officers would claim they're just thinking of the poor, defenseless, innocent children — a claim that might be believable if they actually focused their attention on said children, instead of just shaming their moms (and far less frequently, their dads). If they felt kids were in real danger, and valued protecting them over, say, the temporary rush of adrenaline they get from telling someone off, they'd just position themselves to help. They'd get up and move close enough to catch a baby or toddler who was about to fall, or keep a caring eye on unaccompanied older kids at the playground, or be the patient, nonjudgmental friend or family member a struggling parent might actually turn to in a moment of true crisis.

However, and sadly, the Parenting Police don't do any of that. Instead, they lie in wait to film themselves berating moms for running a quick errand or breastfeeding their children in a public place where they have every right to be. They hold court at family functions and friend gatherings, telling everyone — willing and unwilling listeners alike — how different things would be if those kids were their kids. They stake out internet comment sections on anything to do with parenting, so they can let the whole world know what superior parents they are (often in their own minds, since many of the Parenting Police don't even have kids of their own).

It's like if the actual police, instead of going out and making valid arrests, just sat around on Facebook complaining about violent crimes. They're not actually doing anything to make the world a safer place, but man do they feel superior watching the “Likes” roll in on their idle complaints. The Parenting Police are the minority, but they can ruin a parent’s day regardless. So if you see any of the following in action, kindly encourage them to do something else with their time.