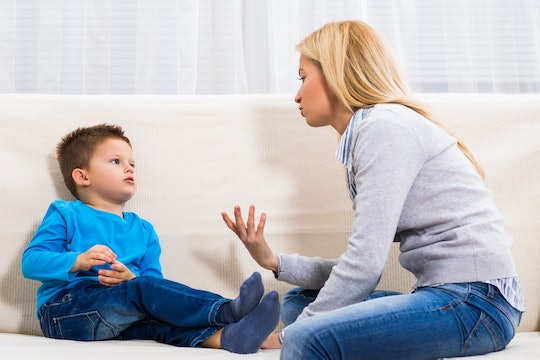 Let’s talk about sex, baby. Or rather, let’s talk about how to talk about sex when your baby inevitably asks about it. Yes, that’s right. There comes a time, in every parent’s life, when their child will ask, “Where do babies come from?” Some parents use the stork (read: lie) in order to get out of talking about sex and reproduction, while others like to be frank about the whole thing. But is there a right way to navigate this conversation? How exactly do moms explain sex to their curious toddlers and preschoolers?

My kid, for better or worse, isn’t all that curious yet. He’s 3, so he’s currently preoccupied with building lego towers (and then knocking them over). I’ve tried to start laying the foundation for future sex talks, though. I’ve explained his anatomy, and my anatomy, to him. I’ve told him that some kids are boys, some are girls, some use other pronouns (I usually just say “they use other names” since he doesn’t get what a pronoun is just yet), and that everyone’s free to be who they are. I’ve also explained how some families have a mom and dad, others have two moms or two dads, and that there are lots of other ways for people to be parents. He knows he was once living in my belly before he was born, but I’m waiting for him to ask the big questions. You know, like how he ended up in my belly in the first place.

As a mother, I have learned that often times other parents are the best source of information. After all, they've either been there, done that, or are currently going through the same trials and tribulations I'm attempting to survive. So I asked other moms how they explained sex to their kids, and this is what they had to say: