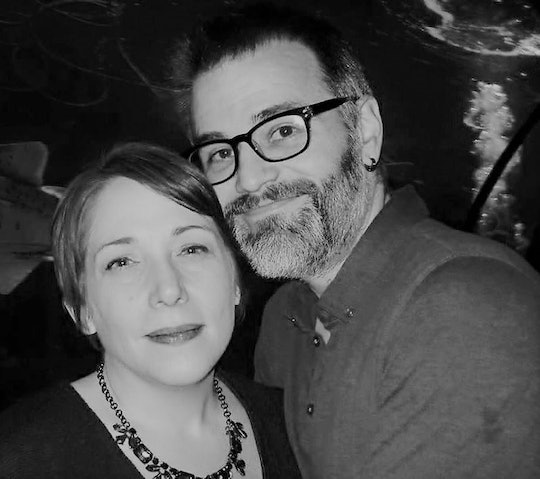 When I became a single mom I realized I hadn't dated in over a decade. In other words, I was horribly out of practice. I had no idea how to get started, or how I would even know when I was ready to date as a newly single mom. Part of the problem was worrying that people would judge me for dating someone new, or assume my choice to date somehow meant I didn't care about my children. (People are the worst, right?) When people found out I left my husband, I was constantly told it was important that I just "focus on my kids" for a while. But how long was "a while"? Honestly, I had no clue.

For the longest time, I didn't want to date as a single mom because I was afraid of trusting someone again. I was so lonely, though. Looking back, I actually wished I had put myself out there sooner. When I did start dating again I was so desperate for human contact that I made some really poor decisions when it came to the men I associated with. That's when I took a dating break, tried again, and eventually met the man who would become my second husband.

So, how do you know when it's time to "get back in the saddle," as they say? For me, it was the realization that I had found a groove with my kids and our routine. I was finally at a point where I wasn't completely exhausted, so the idea of dating wasn't entirely overwhelming. I could invest time and energy on someone other than my kids, and without losing my mind. I also had the time to be picky, so I could vet potential suitors and, at the very least, limit the amount of time I spent on people who really didn't deserve my company.

I can't speak for all single parents, though, and I know that what "ready to date" means for one person won't be same for others. But in hearing stories from other single moms, I've realized that, when it comes to dating (or anything, really) the only person who's capable of judging if it's "too soon" or "about time" to date is the person deciding to date. Period.