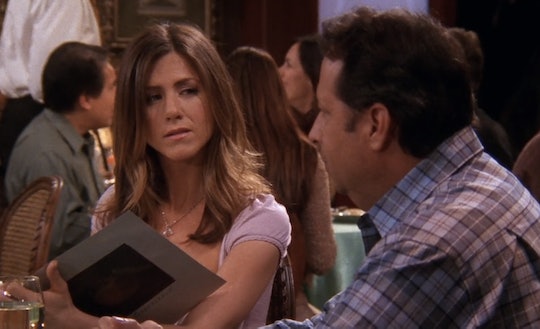 Everyone is under the impression that the hardest thing about dating when you're a single mom is ultimately scheduling. You have to arrange for your kid(s) to be taken care of — whether that's by a family member, a co-parent, or someone you're paying — anytime you want to so much as grab a quick drink with another person. And to be fair, that stuff can be a pain in the ass, but every part of being a mom requires coordination to a degree that seems super-human to non-parents. The truth is, booking a babysitter is a minor, easily attainable detail about dating as a single mom compared to the actual big variable we have to deal with: the people we date.

While some people who don't have kids somehow magically slide into dating a mom with ease and a shocking lack of burdensome presumptions, most people we date... don't. This is especially true with the men we date. As if existing as a woman isn't an inherently foreign enough concept for dudes, throw the element of parenthood int the mix and they are wildly shooting in the dark when it comes to understanding our lives. Yes, even if they were raised by single moms. Turns out, a lot of things about how women parent and date have changed in the last 30 years. I know, man, it's crazy how women aren't frozen in time.

Anyway, it's not a big deal. No one grows up assuming they're going to find themselves dating a single mom one day, and no one is flawless at it, even the people who are comparatively really good at it. Here's are some things you can do, though, that us single moms would definitely appreciate if dating us is something you're trying to do: