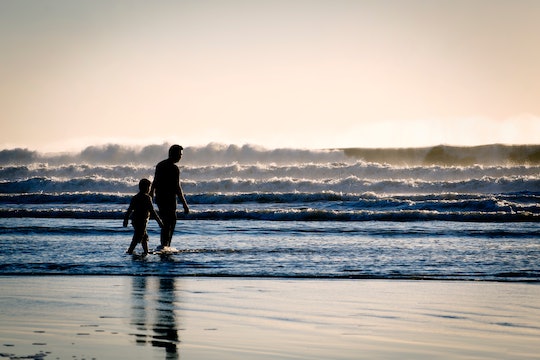 9 Things Feminist Dads Refuse To Say To Their Partners

Being in a relationship with a feminist is pretty great, especially when (and if) you both become parents. After all, you want your co-parent to be someone you can relate to and who understands you fully. You want them to be on board with the same parenting style you have and vice versa. They need to have a deep understanding of equality, whether relating to race, class, gender, sexuality, ability, or any other intersecting issue. While there are certain things that feminist dads will be proactive about, there are also certain things feminist dads won’t say to their partners.

While I'm not entirely sure my husband would be the first to call himself a feminist, he definitely portrays and champions numerous feminist qualities. He acknowledges his privilege as a white, cisgender, straight male, as well as the major challenges faced by minorities that he doesn't endure on a daily basis. On the parenting end of things, he’s an equal partner in helping to raise our son. He allows our son to pick and choose what he enjoys and likes, even if that doesn’t always fit within the gender stereotypes constantly perpetuated by our society. He gives our son baths, helps him on the potty, plays with him, and feeds him.

In short, my partner has never made it seem, or made me feel, like I'm the only one capable of being a parent, just because I happen to have a vagina. He also has not, and never would, say the following things: