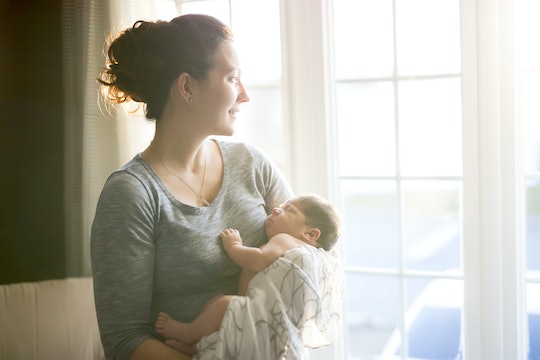 As a nursing mom, I've heard plenty of weird, offensive, and downright stupid things about breastfeeding. Fortunately, the people saying them are the minority in my life, though I know plenty of other moms who aren't so lucky. It seems a lot of folks feel they absolutely must comment on breastfeeding, though, so I figured it might be time to give them a cheat sheet of things people should start saying about women who breastfeed, instead. You know, to offset some of the silly and creepy things people say to breastfeeding moms.

I want to live in a world where all women can make free, fully-informed, and fully-supported choices about everything we do with our bodies, breastfeeding (or not breastfeeding) included. I want to live in a world where people feel like they can have normal conversations and seek advice from their friends, instead of getting pelted with unsolicited advice from all directions when they decide to start families. Sounds simple, but having been in the parenting game for a while now I can assure that, sadly, it's anything but.

So yes, I want to live in a world where people say fewer utterly and painfully ridiculous things to me and my friends when we're trying to feed our kids and otherwise go about our business. And, yes, that world is possible, folks. All we need to do, collectively, is agree to trade ignorant observations about breastfeeding moms for comments like the following:

More Like This
17 Best Potty Training Products For Toddlers
Here’s What You Need To Know About That Viral 1960s Baby Formula “Recipe”
Gerber's New Spokesbaby Isa Has The Biggest Brown Eyes & Was Born With A Limb Difference
Ashley Graham On The “Fun, Organized Chaos” Of Raising Twins