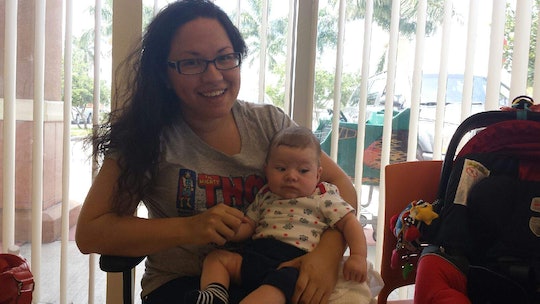 What I Wish I Knew Before Getting Pregnant At 20

Getting pregnant in your teens and 20s was once considered the norm, these days folks are putting off parenthood until later. Many first-time mommas don’t start reproducing until their mid-to-late 30s, and it’s not rare to see pregnant people in their 40s. I never imagined myself having kids and, even when I did, I assumed I wouldn’t start until I was at least 35. Instead, life threw me a few curveballs and I started reproducing in my late 20s. I gotta say, there are a few things I wish I’d known before getting pregnant in my 20s.

I’m 32 now, and I haven’t had any babies since turning 30. Therefore, I can’t fully claim to know the difference between pregnancy and childbirth in my 20s vs 30s. However, I will say this: I know that if I were to be pregnant again (and now at this age), I would definitely have even less energy than I did before. In retrospect, I sometimes wonder how much more energy I would’ve had to chase after and play with my son had I had him when I was, say, 21. At 21, I could do consecutive all-nighters no problem. Then again, maybe I would’ve been less worrisome than I am now, which could mean a slight amount more chance of danger to my child. These are not absolutes, of course, but just some musings.

Regardless, this is what I do know, and what I wish I would have known about pregnancy and motherhood in my 20s before I actually started down this crazy journey we all call motherhood.