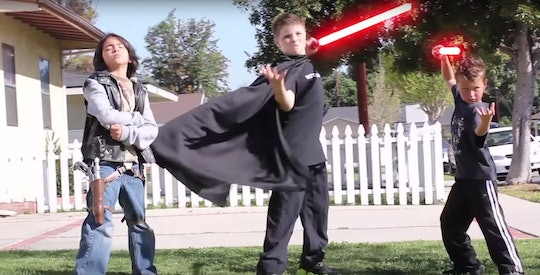 Growing up, I was always on the fringe of society. I was into Archie Comics. I obsessed over aliens and Sailor Moon. I stereotypically wore glasses and got good grades. My interests have expanded over time (though still on the geek and indie spectrum), but remain a vital part of my identity. When I finally became a mom, I knew I would want to pass on my geeky knowledge and wisdom on to my child. Rest assured, there are plenty of things to teach your kid as a geek mom.

Now, I can’t say I’m the geekiest of geek mamas. I enjoy Star Wars just fine (but have probably only seen each movie once or twice). I’ve attended some comic conventions, but have yet to dress up for any of them. I’m a total failure when it comes to gaming, and know just as little about playing Halo as I do about Dungeons and Dragons. I’ll likely never get into LARPing, and I don’t know elvish and probably never will. And as for math? I am, sadly, quite awful at it.

But one thing’s for sure: I don’t judge or hold one geekdom far above any other. We’re all in this together and, as parents, it’s our job to teach our kids about the geeky side of life (both in learning about geeky things themselves, and how to conduct themselves in a world that doesn’t always embrace geekiness).