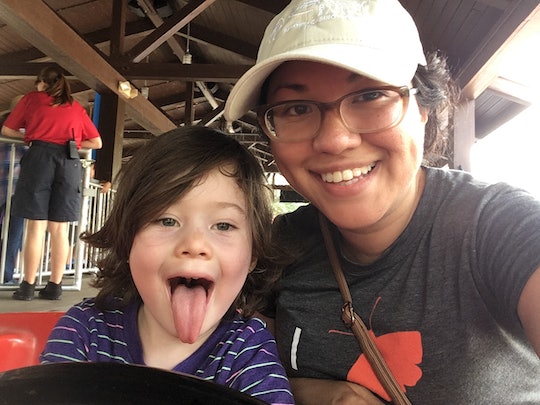 7 Rules For Talking Politics Around My Child

These days, it's practically impossible to spend a single day not thinking about or discussing politics in any way. Even if you don’t watch the news or stay up-to-date via Twitter, a headline here or a breaking news post there is sure to find you. And while I think it's beneficial that we're all more politically involved, I have some rules for talking politics around my child that I hope everyone, regardless of their political affiliation, will follow.

I don’t hide my beliefs or my political inclinations from my 4-year-old. He has no real interest, of course, because what's going on politically doesn't involve toy cars, his true passion at the moment. But I know that, eventually and because I'm outspoken, he is going to start taking an interest in or become curious about politics. And when that day comes, I want him to be an objective thinker. I want him to understand the importance of using politics for the greater good. I want him to understand the privileges he has and how he can wield them, within the political sphere, to positively impact his community. I want him to, for lack of a better word, care.

I've taken my son to marches before, and I hope that over time he recognizes the importance of social justice activism as a result of the example I have set. But at the end of the day, I just want him to be active; to take part in political discussions and, though his words and actions, have a say in how his neighborhood, his school, his state, and his country are run.

But for now, and because, again, he's only 4, I need to keep things light. I don't want my son to end up overwhelmed, or grow to hate politics, or become so confused that he has trouble figuring things out for himself. So these are the rules for talking politics around my kid, which definitely include the following:

More Like This
Dr. Jill Biden Just Delivered Some Frank, But Powerful, Advice On Motherhood
18 Fun Mother & Son Halloween Costume Ideas
Where To Buy School Uniforms, From Jumpers To Dress Socks
These Back-To-School Supplies On Amazon Are Total Wins