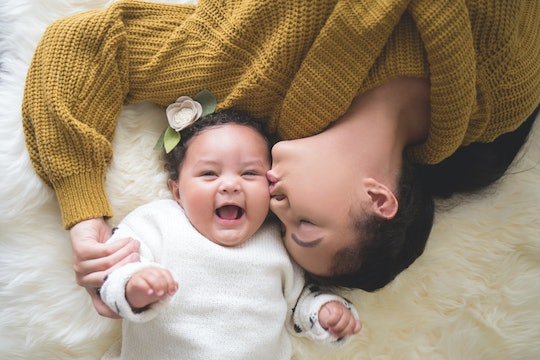 Yes, for the most part babies are just human sacks of potatoes. And, yes, for the most part all they do is sleep, eat, poop, and repeat. But as a mom I can say that it's not difficult to notice a baby's budding personality, even as infants, and I personally believes babies show certain personality traits that follow them into toddlerhood, preschool, and beyond. After all, no two babies are exactly the same.

For example, my son is the sort of child who will only do things on his own terms. He’s also the kind of kid who will take his time learning a skill, then seemingly master it overnight. He was born two days after his due date, and had to spend several weeks in the NICU. Once he was finally recovered from his health issues, though, he was able to come home with zero complications. As a baby, he was slow to start with solids, but eventually mastered them when he was good and ready. Same for self-feeding. Same for moving into his toddler bed. Same for potty-training (it took him four years to take it seriously, and only a week to master the whole "peeing in the toilet" thing.)

So while I truly believe that most of our personality revolves around nurture, there’s something to be said about inherent personality traits. That's why I asked a few moms to think back to when their kids were just babies, and share what, if any, of their personality could be observed early on. Here’s what they shared: