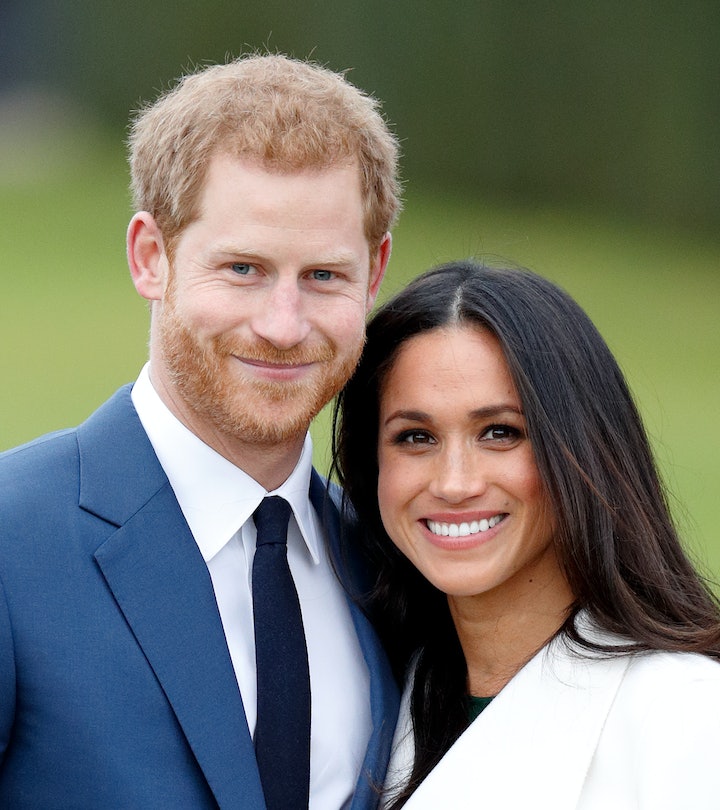 Beyond the obvious, of course.

Meghan Markle and Prince Harry have their hands full now that they are parents of two, but what do we really know about their children? What are 2-year-old Archie and baby Lilibet “Lili” Diana really like? Are they similar, or are they different? They certainly got off to very different starts.

Archie was born in the UK.

Archie Harrison Mountbatten-Windsor was born on May 6, 2019 in London, England. At that point, his parents were both senior members of the royal family living at Frogmore Cottage on the Queen’s Windsor Estate, so Archie’s birth was met with the usual pomp and circumstance. Official statements were issued regarding the birth of Prince Charles’s fourth grandchild, Prince Harry spoke to reporters in the hours after Meghan gave birth, and the couple introduced their newborn baby boy to the world mere days after his arrival.

Lilibet was born in the USA.

Lilibet’s birth on June 4, 2021, however, was vastly different. Her parents simply released a statement via their spokesperson letting the world know of her arrival. “It is with great joy that Prince Harry and Meghan, The Duke and Duchess of Sussex, welcome their daughter, Lilibet 'Lili' Diana Mountbatten-Windsor, to the world,” a spokesperson for the couple said in a statement. “Lili was born on Friday, June 4 at 11:40 a.m. in the trusted care of the doctors and staff at Santa Barbara Cottage Hospital in Santa Barbara, CA. She weighed 7 lbs 11 oz. Both mother and child are healthy and well, and settling in at home.”

That was it. No press corps, no photo ops. Nothing.

Archie had a christening with the royal family.

Archie was christened in the UK.

Archie was christened in a private ceremony in July 2019 with members of the royal family in attendance like his aunt Kate Middleton and uncle Prince William. As far as the world knows, Lilibet has not yet been christened.

While Archie’s middle name is quite literally son of Harry (Harrison), his first name appears to have been a personal choice for his parents without any real connection to the royal family. Lilibet, however, has a super royal name. Her first name is also the beloved nickname of Queen Elizabeth, while her middle name Diana is, of course, in honor of her late grandmother, Princess Diana.

Archie has met the royal family.

Archie has met the royal family.

Archie might have been just a wee baby, but he has, in fact, been introduced to most members of the royal family. His grandfather Prince Charles, for instance, and his great-grandmother Queen Elizabeth. Lilibet, on the other hand, might have been seen on a video call by the royal family, but she has never been in the same room as any of them. Well, other than her cousin Princess Eugenie and Eugenie’s 1-year-old son August, who visited the family earlier in 2022.

Meghan and Harry have only shared one photo of Lilibet.

Lilibet has been photographed once.

The only official photo of Lilibet was released as the family’s Christmas card for 2021. Archie, of course, has not been frequently photographed either. But when his parents were senior members of the royal family, there was certainly a greater expectation from the public that he be photographed.

Archie has been on royal tour with his parents.

One such occasion when Archie was photographed was when he joined his parents on a royal tour of Africa in the fall of 2019. He had the chance to meet Archbishop Desmond Tutu and also got to look adorable in his old-fashioned baby outfit. Lilibet was born after her parents stepped away from their royal roles, so she’s never done a tour with them.

After Meghan welcomed Archie, she took a few months off from royal duties while Prince Harry got right back to work. For their daughter, Harry and Meghan were both able to take parental leave after the birth of Lilibet in June, which gave them more time to hang out as a family at their California home away from prying eyes.

Archie is a Taurus.

As a Taurus, Archie could well be someone who is patient, relaxed, and trustworthy. All good traits, of course, but ones he will not share with his little sister since she was born a month after him.

Lilibet is a Gemini.

The little Gemini of the family could well be curious, high energy, and love to travel. So it sounds like we might have a dependably little boy and an excitable little girl on our hands here. Should be quite an adventure.

More Like This
Why Prince Harry Feels Lucky To Be A "Father With A Platform"
24 Photos Of Princess Charlotte Making Silly & Cute Faces
Meghan Markle Made A Sweet Little Tribute To Her Daughter Lilibet
Kate Middleton Explains Why Her Kids Couldn't Attend The Top Gun: Maverick Premiere