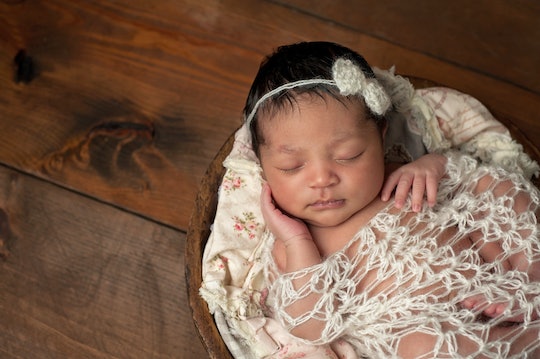 Gender is a social construct. Still, people — as a whole — are very invested in gender. It’s not our fault. From the moment we’re born (and sometimes before), assumptions are being made about who we are, simply based on our sex. But sex and gender are two distinct things, as parents of children who grow up to be transgender (hopefully) know. So, when your OB-GYN points to the ultrasound screen to reveal the sex, it doesn’t and shouldn’t really change anything. Just as if you were told you're having a boy, there are many things you don’t have to do when you’re having a “girl.”

Of course, because of how so many of us have been raised and because of how our culture is continually defined, it’s difficult not to make assumptions and preparations that are gender-based. Most of us wait until at one specific moment during an ultrasound (or during a gender reveal party, if that's your thing) to decide on what to name our child, or to begin buying baby stuff that seems more “fitting," according their assigned gender. Some of us even experience a touch of gender disappointment, not realizing that it’s our child who will inevitably decide what gender they are.

However, at the end of the day we should never feel pressure to act one way or another, simply based on what sex the doctor says out future child will be. So if you’re baby is assigned female, don’t assume you have to do any of the following: