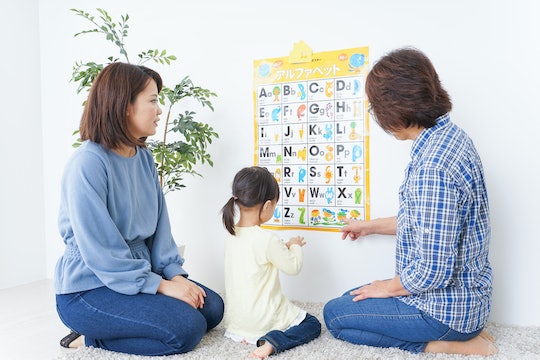 Being bilingual (or even multilingual) is an asset. It’s a positive jumping off point toward better communication, deeper understanding, and more opportunities in education, work, and life. As someone who grew up speaking both Spanish and English on equal levels, I know my bilingual skills have helped me better understand my family’s culture, opened up new career opportunities, and helped me make friends while visiting Spanish-speaking countries. And those just a few of the reasons why moms like me are raising our kids to be bilingual.

Not everyone understands the importance of living a multilingual existence, though. It wasn’t so long ago that lawyer Aaron Schlossberg became internet famous for berating people for speaking Spanish at a salad restaurant. And soon after, it was reported that border patrol agents detained two U.S. citizens simply for speaking Spanish at a gas station in Montana. In this country, perhaps more increasingly so due to the current political climate, speaking Spanish can, in no uncertain terms, be dangerous.

In my opinion, knowing there are people living in a country of immigrants that would insult and harass individuals because they happen to speak multiple languages is shameful. Fortunately, there are countless parents who understand that being bilingual or multilingual is not a bad thing, or something to be feared. Instead, it’s something we should all be striving toward... for ourselves and our children. The following mothers are all putting in the work, and they’ve share their reasons why they’re raising their kids to speak more than one language.