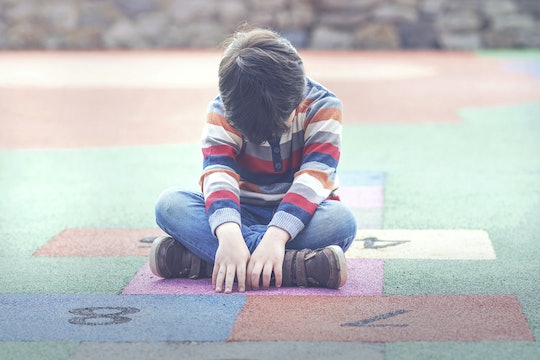 My husband and I are definitely not extroverts. We can hold our own in group settings or at off-site work meetings, but our preference is to not be around people. So we were surprised to find that both our kids were rather gregarious when they were very little. Our son remains a “people” person, but our daughter is more introverted now. There is one thing, however, that proves they definitely belong to us: they are sensitive kids, and I'm convinced sensitive kids are going to save us all. Yes, things bother them… like, really bother them. My son is constantly asking what is the worst thing I’ve ever seen or done or heard about. And lately, my 10-year-old daughter has been asking me if I’ve ever been really excited about something that eventually disappeared. These kids are feeling their feelings acutely, and I feel them in turn, but I don't think any of the aforementioned is at all a bad thing.

So I’m not worried about them being sensitive. In fact, I’m relieved. It means they can relate to others because they understand how others can feel. It means the golden rule is something I can teach them to live by. It means that because my kids want to be treated well, they treat others as such. It means they will appreciate the good times, but the bad times will feel terrible.

But sensitive kids like mine cry. They blow up quickly at things. They react with their gut and their hearts before they engage their minds. They are still navigating through the world primarily by their feelings, and not their logic, and that often means they are scared and confused and having a fit is how they cope. All that really sucks, and I know it does because I’m sensitive, too. I totally get what they are feeling. So I don’t tell them to stop crying. I tell them to feel their feelings. Sadness and anger are not bad… but they can’t knock over things or take a swing at me because of them.

Sensitive kids like mine tend to get their feelings hurt, but they also tend to reach out a lot to others in attempts to cheer them up. I love this about my children. It’s one of the many reasons why our sensitive kids will save us all, including the following:

More Like This
Tips For Apple Picking With Kids
The Best Halloween Family Pajamas To Match Your Boos
25 Mother And Daughter Halloween Costume Ideas That Are Cute And Spooky
Zaya Wade Is Rocking New Long Hair & As Gabrielle Union Put It, She's A "Vision"