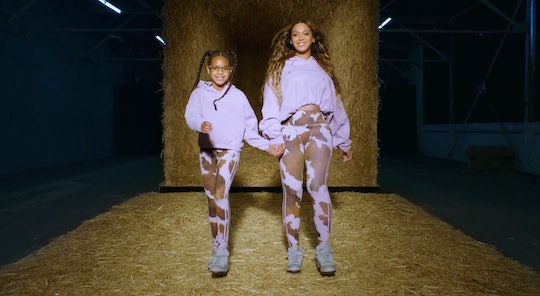 10 Reasons Why Blue Ivy Carter Is Cooler Than You

A quick 101 about the oldest Carter child based on those who know her best.

In September, she became the youngest MTV’s VMA winner in history for her work on Beyoncé's “Brown Skin Girl.” Her mother’s 2019 track from her The Lion King: The Gift album. Earlier this year, she became the second-youngest artist to win a Grammy Award for Best Music Video for the hit song.

And that’s just her music resume. Born on Jan. 7, 2012, she’s the oldest daughter of Beyoncé and JAY-Z. The couple also has twins, Sir and Rumi, 4. No doubt, they have a great role model to look up to in their big sister. Here are some other cool facts about Blue Ivy Carter you may not have known about.

This article was originally published on Oct. 10, 2021