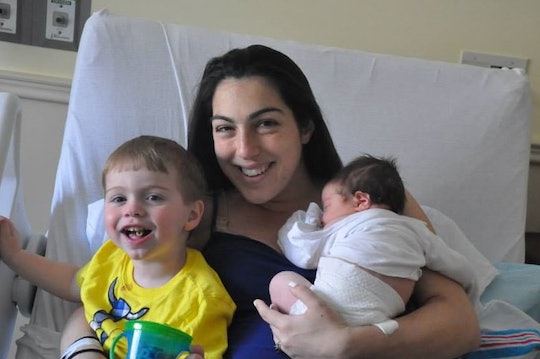 I've always wanted more than one child. And for more than a year after I had my son, I never questioned that assertion. But around the time my son was entering the "toddler" stage, I started to wonder. "This is pretty nice," I thought. "Do I want to change this?" My original "plan" won out, though, and I became pregnant shortly after my son's second birthday. Still, the lingering doubt remained and I was nervous about a lot of things. When it came to having a second baby, there were so many things I wish I would have known baby number two arrived. It would have saved me a lot of stress... and more than one unpleasant discovery.

More Like This
How To Celebrate Pride As A Family
The Longest Kids Have Gone Without Washing Their Hair, According To 25 Moms
13 Things The Best Grandmas Do For New Big Siblings
Here's What You Need To Know If (When) Your Baby Eats Sand

Of course every family is different and what I've found to be true may not be the case for everyone. But based on a lot of the conversations I've had with other parents, the vast majority of the worries moms have about bringing a new baby home to their more established baby is for nothing. Or it's not for nothing, but it's something that blows over pretty quickly.

So, if I had a time machine, I would make past-me aware of all of the following: