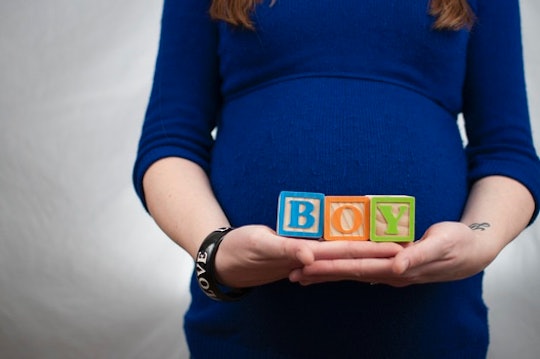 11 Reasons Being A Feminist Prepares You For Raising A Son

When I was pregnant the first time, I was worried there was something “off” with me because I didn’t have a sense what my baby’s gender was. There were no innate clues I picked up on that informed me I was carrying a daughter. With my second pregnancy, I experienced the same kind of neutrality regarding gender, and it dawned on me: this was because, at my core, I knew I’d raise my children with the same values regardless of their gender. It’s a unique way being a feminist prepares you for raising a son… and a daughter.

I am a proud feminist mom and I work hard raising kids that cultivate identities that take more than their genitals into consideration. Feminism, to me, simply means equality. My daughter and my son should have the same age-appropriate opportunities and never based on their genders. Their dreams for the future can be bigger than those of any previous generations since we are working hard, as a society, to level the playing field for all. We are not there yet, but things are better than when I was a kid. Back in the '80s and '90s, girls were told we could be anything we want to be, but boys weren’t told they could let their partners take the lead with a career or that being a stay-at-home dad would be a rewarding experience. Now, and since more men becoming the primary caregivers and more women becoming the primary breadwinners, the next generation of kids will be able to really fulfill the “be anything you want to be” dream.

Still, as much as I try to fight the gender coding of my kids’ outward appearance, distinction by sex prevails in mainstream society. My kids’ school has each class line up with girls on one side, boys on the other, for example. So, I focus on the areas where I can have the most influence. Our home is a feminist home. My daughter dreams of being a spy and a pop star. My son has designs of being a pastry chef or a professional video game player. As a feminist, I am so excited that both my children see so many possibilities for themselves. Nothing was capable of completely preparing me for motherhood, but I credit feminism for guiding me in the parenting choices I make for my kids. So, with that in mind, here are a few reasons why being a feminist has been great preparation for me in raising my son: