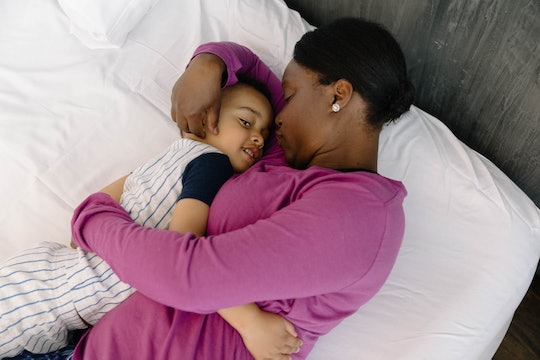 22 Moms Share The Most Surprising Thing About Having A Son

When I found out I was going to have a son, people were quick to tell me what to expect. I was open to everything everyone told me about having a little boy, and quick to dismiss it all as absurd stereotype. So when my baby boy arrived and began to become himself nothing really shocked me, only because I wasn't expecting anything. I asked other moms to share the surprising things they've experienced in having a son, and their answers were interesting.

So much of what they said was echoed in someone else's answer. On the other hand, for every answer given, someone else would pop up and say, "Oh that's not the way it is with my son at all!" It's almost like there are no hard and fast rules when it comes to creatures as wondrously complex as humans. Go figure! Then, of course, our own perception of "boys versus girls" and what boys are "supposed" to be like comes into play as well. "Is my son sweeter than my daughter, or do I just think that because I expect my daughter to be sweet and thoughtful and my son not to be, so I'm focusing on the incidents that break from expectation rather than the raw data?"

The realm of nurture, nature, and gender is a complicated place, to be sure. Certainly many (maybe even most) behaviors associated with one gender or another are learned. On the other hand, many times the most gender neutral of parents will notice that their little boy is demonstrating some decidedly "boyish" behaviors, without ever having been prompted to do so. This is, of course, to say nothing of the "technical issues" that come along with having a son (e.g. the word "penis" comes up in this article a lot). So with that in mind, here's what surprised more than a few moms about their sons: